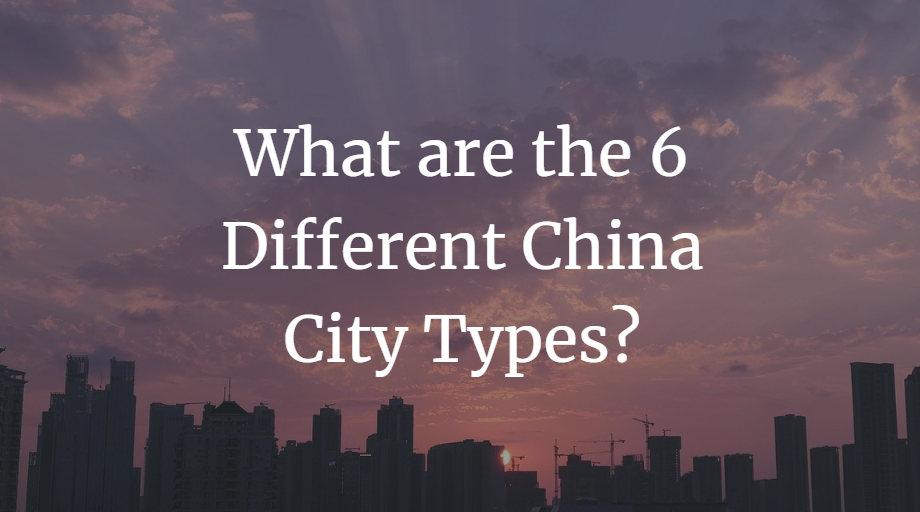 China has Hundreds of Cities, from Ankang to Zunyi!

By our calculations there are over 700 official cities in China. They have English names starting with every letter of the alphabet, except for V.

Each city (except for Hong Kong and Macau - we'll get to that soon) has the character 市 (shì) at the end of their official Chinese name, but this is often dropped when translated to English. For example the official name of Beijing is 北京市 where "北京" means "Beijing" and "市" means "city".

Although the Chinese character 市 is usually translated into English as "city", in Chinese it actually has a less certain meaning. This vagueness helps contribute to many different kinds of places in China being called "city" despite having very significant differences.

Such as the city of Hong Kong:

Interestingly, Hong Kong and Macau are rarely referred to as "cities" in Chinese and their official names don't include the character for city, 市.

But whilst they are not officially named as such, I think you would agree with me that Hong Kong and Macau can both be considered to be cities. Indeed Hong Kong even promotes itself to the world as being "Asia's World City".

Under China's "One Country, Two Systems" model, the cities of Hong Kong and Macau enjoy the highest level of autonomy from Beijing. Both have their own legal systems and companies registered in Hong Kong and Macau operate in a different jurisdiction to those in Mainland China.

Such as the city of Shanghai:

China has designated 4 major cities as municipalities, a status which gives them equal standing to a province.

The most recently created municipality was Chongqing, which was carved out of Sichuan province in 1997 to become Mainland China's fourth municipality after Shanghai (1927), Beijing (1949) and Tianjin (1967).

Such as the city of Xiamen in Fujian province:

These are 15 large and important Chinese cities which have enjoyed special autonomy since a government decision in 1994.

Although they are still governed by their province, these cities' economic plans are separately listed for national planning and have other administrative independence.

Ten of the fifteen sub-provincial-level cities are provincial capitals, whilst the remainder (Dalian, Ningbo, Qingdao, Shenzhen and Xiamen) are each home to major shipping ports.

Such as the city of Lijiang in Yunnan province:

These cities are each governed and administered directly under their provincial government.

The above photo shows one of China's most beautiful places, the tourist city of Lijiang in Yunnan province.

Such as the city of Yiwu in Zhejiang province:

Officially they are each classified as county-level cities, but in practice they report directly to the province, rather than through a prefecture-level city.

An example of this is Yiwu in Zhejiang province (photo above), which is officially part of Jinhua City, but has more autonomy than county-level cities.

Such as the city of Rui'an in Zhejiang province:

Despite being the smallest and least well-known, county-level cities make up more than half of the cities in China.

County-level cities are also the lowest rung of the ladder when it comes to city status in China, each being governed by a "parent" prefecture-level city.

This leads to a common cause of confusion when it comes to Chinese addresses as a Chinese address can contain the names of 2 cities, which is not something most people can easily make sense of!

For example, the photo above was taken from the Rui'an Sunshine Hotel, whose address is:

This simply means that Rui'an is a county-level city under the governance of Wenzhou city.

What do the Various Levels Mean?

In all parts of China, locations are divided into a hierarchy of administrative divisions, of which there are 5 different levels.

In China places can be called "city" and belong to any of the top 3 levels, i.e. country level or higher.