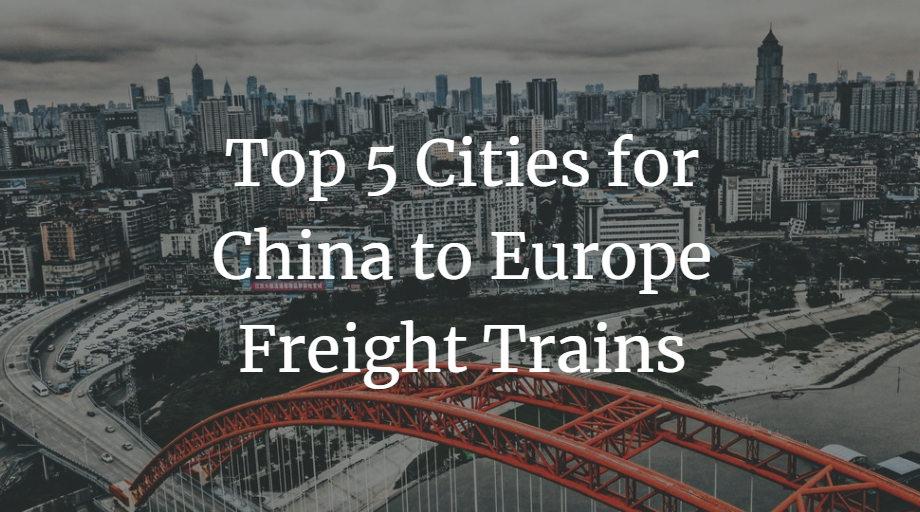 About China to Europe Freight Trains

In recent years freight trains from China have started appearing in countries all across Europe, from neighboring Russia in the East to as far away as Spain in the West.

With developing opportunities for China to Europe freight trains being a key part of China's 'One Road, One Belt' project, the volume of cargo travelling by rail has increased markedly in recent years as the ancient Silk Road is reinvented.

Although this trade only represents a small fraction of the cargo being sent by sea, it serves the purpose of helping to develop China's inland regions which haven't benefited from China's economic development to the same extent as coastal regions.

Data for this article is based on the total number of China to Europe freight trains per city during 2018 and was taken from a range of Chinese news sources.

As you can see from the map below, the top 5 cities for China to Europe freight trains are all located far from the coast and lack easy access to China's huge seaports.

Another feature they all share is that they are each considered to be "New" 1st Tier cities and have a free trade zone located within their city boundaries.

Even if you are familiar with China's various regions, you might need to zoom out one level on this map just to get your bearings.

In order, here are the top 5 cities for China to Europe freight trains:

With a huge population and a large high tech manufacturing sector located over 1000km from the nearest coast, it is no wonder that Chengdu has embraced rail cargo for its exports.

On average, more than 4 China to Europe freight trains set off from Chengdu every day during 2018.

One of Mainland China's 4 "city states", Chongqing is a municipality which was carved out of Sichuan province in 1997.

In March 2011 the very first China to Europe freight train departed Chongqing for Duisberg in Germany, one of only 17 to make the trip that year.

As the original starting point for the ancient silk road, it is only appropriate that Xi'an gets its fair share of freight trains heading to Europe.

With half of the world's iphones produced in Zhengzhou at Foxconn's gigantic factory and numerous other tech manufacturers it is little wonder that there are 2 China to Europe freight trains departing every day.

Despite being 630km from the sea, Wuhan sits on the Yangtze river and actually has a port which can handle ocean-going ships. Nevertheless, rail cargo is still an attractive proposition for Wuhan's exporters for getting their wares to Europe.

More Details on These Top 5 Cities