What are the 7 Regions of China? 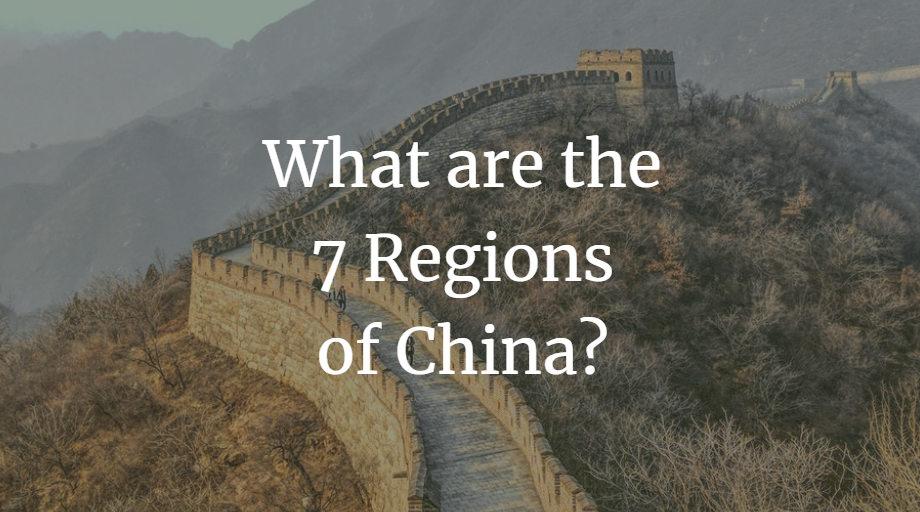 What are the 7 Regions of China?

Did you know that there are 7 different regions of China which are often cited in official sources when describing China's geography, climate, economy and governance?

Each of these regions are comprised of several Chinese provinces which are in close proximity and share certain geographical and cultural similarities.

Keep reading to view a map and learn more about the 7 regions of China.

Why Does China Have Regions?

China is a very large and populous country with 22 provinces (23 if Taiwan is included), 5 autonomous regions, 4 municipalities and 2 special administrative regions (Hong Kong and Macau).

Sometimes it isn't practical to provide information specific to each province, so a broader method is required to describe different parts of the country.

A good example of this would be during a national weather forecast. In China it is also a popular way to refer to a region's food styles and tourism resources.

Such systems are very common, particularly in larger countries. For example, the United States Census Bureau defines 4 regions of their country - Northeast, Midwest, South and West.

Map of the Regions of China

The below map uses color coding to identify the 7 regions of China:

The 7 Regions of China

Here is some data on each:

Here are some examples of where the system of 7 Regions in China are used:

Aren't There Only 6 Regions in China?

It is true that sometimes China is divided into 6 regions and when this happens it is usually because the South China (华南) and Central China (华中) regions are being combined.

An example of this is on the National Bureau of Statistics of China website which presents data that has South China and Central China regions listed together under "Central China":