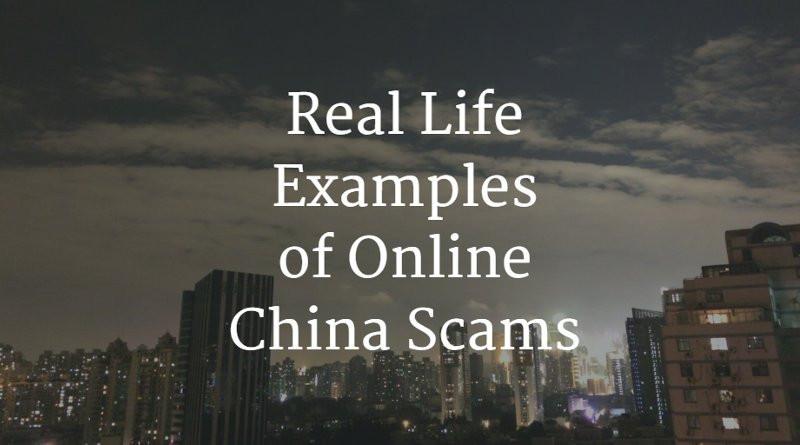 In our increasingly connected world it is unsurprising that scams are moving increasingly online. No where is this perhaps more true than in China where online “China scams” are becoming more and more rampant.

With it’s undoubted position as “the world’s factory”, it is perhaps of no surprise that the situation in China is particularly bad. Fraudsters and scammers seek to exploit loopholes in existing systems to present themselves as legitimate business people.

Here at China Checkup we are familiar with many such cases of online China scams and can share some real life examples with our readers.

In many such cases, clients had placed an order on their online shop, wired money to their assigned Chinese bank account and received an invoice for their order. So far so good you’ll be thinking…

…but it usually turned out that the invoice was a fake sent only to buy time, the supposedly decent dealer stopped taking calls and replying to emails, and that the company was in fact a fictitious one.

Take for example one of the websites that China Checkup was contacted about in 2013, “sell-buying.com” – this website has long since closed down, but at the time was selling cut-price branded computers and other electrical equipment.

One of our clients came to us with this website, having placed a large order for computers which never arrived.

This website has already disappeared, but at the time it looked very professionally done and was very convincing.

When products were selected, the website gave our client the option to pay into the following bank account or to pay via Western Union:

China Checkup carried out some research into the dealings of “sell-buying.com” and found that our client wasn’t the first to have been cheated. We also found an invoice provided by the same fraudster to another victim.

On this invoice the company listed as the seller, “Shanghai Beiwei Mechanical Electronics Technology Co. Ltd.” was found not to exist, while the name of “China Pacific Insurance (Group) Co. Ltd.”, China’s second largest property insurance company, seemingly was put on the invoice just to make it look more authentic.

Western Union is also frequently used for internet fraud. We have noticed from the cases our clients have discussed with us, that many China scams have encouraged our clients to use Western Union for transferring funds.

As Western Union doesn’t provide escrow services, clients can not get any compensation for non-receipt of any goods or services. Western Union is not an appropriate way to transfer funds to China for business purposes.

If you need to send money to someone you don’t know well, you may be putting yourself at risk for fraud.

Because we care about consumers, Western Union urges you to protect yourself from fraud by considering the following:

As shown in the “sell-buying.com”case above, personal bank accounts can also play a key role in online China scams.

Prior to 2007 China’s national ID card system did not apply to the Chinese banking system and there are many false or anonymous personal accounts still in use under fictitious names.

Although Chinese banks have reportedly been making great efforts to address this situation, fraud or scams via such bank accounts continue to exist. According to Chinese reports, fraudsters usually cash from overseas through mutual frequent bank transfer or online banking, making it difficult for the police to track them down.

Fake personal bank accounts are also playing a crucial role in domestic telecommunication fraud, which has been rampant in mainland China for the past few years.

It was reported that between January 2012 and August 2013, China public security bureaus cracked more than 110,000 cases relating to telecommunication fraud concerning 180,000 bank accounts. In the month of May 2012 alone, the Beijing Police Bureau cracked such fraud totalling  over RMB 42 million, with 38% of the cases related to online trading.

Celebrities Caught Out by China Scams

On Saturday 11 January 2014, Actress Tang Wei, star of the movie “Lust and Caution” was reported to have become another victim of telecommunication fraud.

Tang was shooting in a move and television base in Shanghai when she answered a call and then went to a local bank to wire RMB 210,000 yuan (USD 34, 731) to a fraud suspect.

Local police claimed that an investigation into the case is under way.

How to Avoid Online China Scams

China Checkup strongly recommends businesses to conduct due diligence or background checks on any Chinese supplier or partner you’re dealing with.

As an absolute minimum it is important to verify that you are dealing with a company that is a legally registered entity in mainland China.  You can refer to our previous article how to perform a China company registration check. China Checkup’s company verification services are great value and offers a convenient way to make this basic but essential check.

For more in-depth company checks China Checkup offers China company verification report which can confirm many details of a company’s business registration. See a summary of all our report options here.