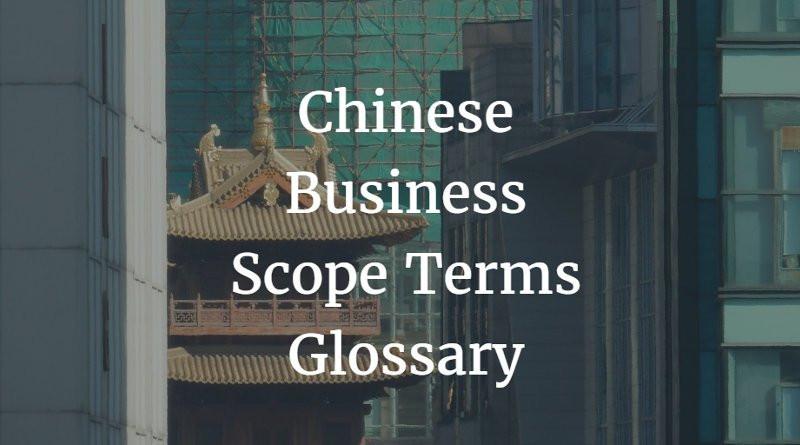 In this article we present a list of commonly used terminology found within a Chinese business scope - a section of the Mainland China business license.

We will continue to contribute to this glossary as we encounter new standard Chinese terms used on Mainland China company business licenses.

Tip: If you are looking for a specific term, try using the search function

It is to be noted that there is no requirement for Hong Kong registered companies to defined their business scope.

In Taiwan companies are required to have a business scope, but rather than being text agreed to with the authorities, codes are assigned to specify the activities the company can engage in.

For example Taiwanese companies with code F108040 can engage in the wholesale cosmetics industry.

If you need to identify a Taiwanese company’s business scope, check out our Taiwan Company Verification report service.

If you are having difficulty understanding the meaning of a term you have read in the business scope of a Chinese business license, please leave a comment below or contact us at info@chinacheckup.com