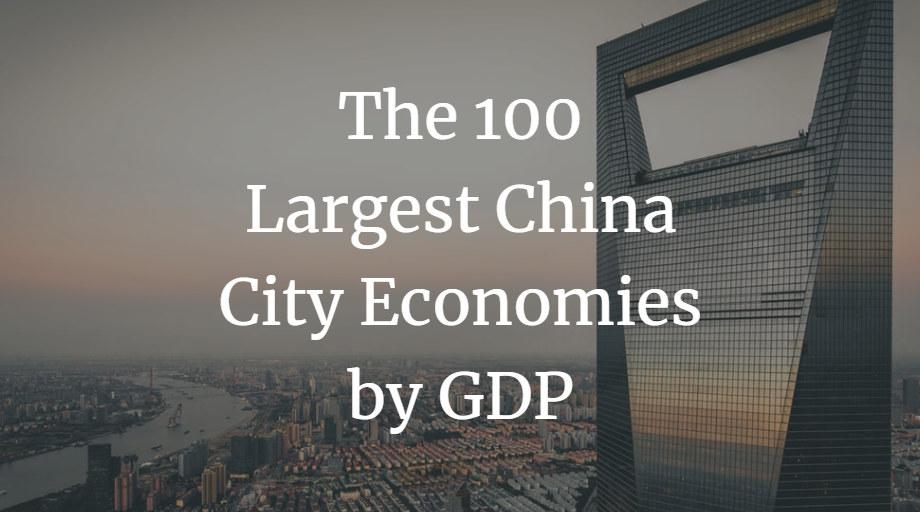 According to the National Bureau of Statistics, China's national GDP reached a new high of CNY 90,031bn (USD 13,608bn) in 2018, but which other Chinese cities had the largest share of this GDP? Keep reading to find out.

In August 2019 a report was released by the Guangzhou-based 21st Century Business Herald (21世纪经济报道) sharing data compiled by their "21 Data News Laboratory" (21数据新闻实验室) which listed the 100 Mainland China cities with the strongest economies.

The report was widely reproduced throughout Chinese media as curious citizens were keen to see how their hometown ranked.

The data in this article is based on this original report by 21st Century Business Herald and refers only to cities in Mainland China, i.e. excludes Hong Kong, Macau & cities in Taiwan.

Bear in mind that due to the way China is administered, the GDP data for each city includes the contribution of counties and towns that fall under their jurisdiction, not just their own districts. This can skew results quite markedly for some cities with a large administrative area, such as Chongqing.

To better illustrate where the largest China city economies are located, we plotted each of the top 100 cities on a map.

The cities represented by black dots each have economies ranked in China's top 25 and are mainly clustered around China's east coast. The darker the dot, the larger the economy.

Here is a full list of the 100 China city economies with the largest GDP based on self-reported data from the first half of 2019.

*GDP data for 2019 Q1-Q2 was unavailable for Changchun, Shenyang, Urumqi, Baotou, Daqing, Liuzhou and Langfang at the time the article was produced. Rankings for these cities are based on data from 2018 Q3-Q4, but unfortunately the actual GDP figure wasn't provided.

Chinese Provinces with the Most Top 100 Cities

One thing that this data highlights is the disparity of wealth between China's different provinces - a theme we have noted previously when looking at where Chinese companies are concentrated and where foreign companies do business.

The large and prosperous coastal provinces of Shandong, Jiangsu and Guangdong lead the way with the most number of top 100 cities.

Meanwhile, there are 4 Mainland China provinces without any city in the top 100. They are Qinghai, Tibet, Hainan and Ningxia.