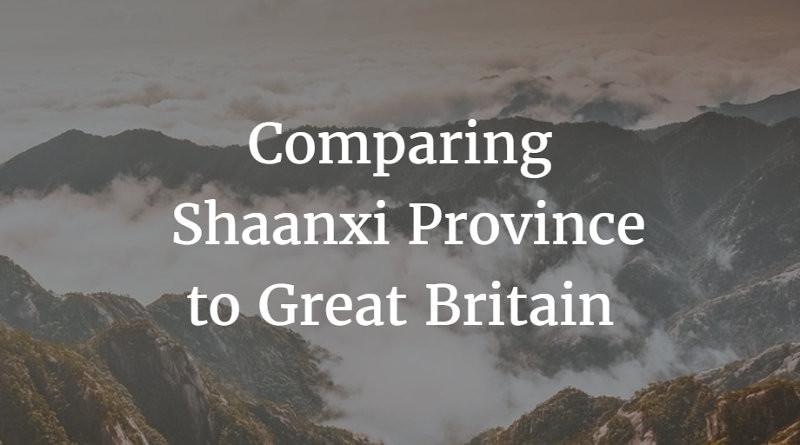 Whilst looking at a map of China during data gathering, we noticed that the shape of China’s Shaanxi Province is uncannily similar to that of Great Britain. We put together this animation to demonstrate:

We thought that this be a great way to look at how China’s provinces are actually more comparable to entire countries than to individual states in other countries. We’ll actually look at England rather than the United Kingdom as a whole, though, as this makes a closer point of comparison for Shaanxi.

Some quick facts show the how England and Shaanxi are somewhat comparable:

Of course, England’s economic situation is vastly different to that of Shaanxi Province. However, Chinese provinces can be compared to other countries economically, for example:

And what about China as a whole? In some aspects, it makes more sense to compare China to the whole of Europe than to another individual country:

This is certainly an interesting angle to take when trying to understand the scale of China compared to other regions in the world. Its provinces are often like countries, and as a whole it is more akin to a continent or economic region than a country.