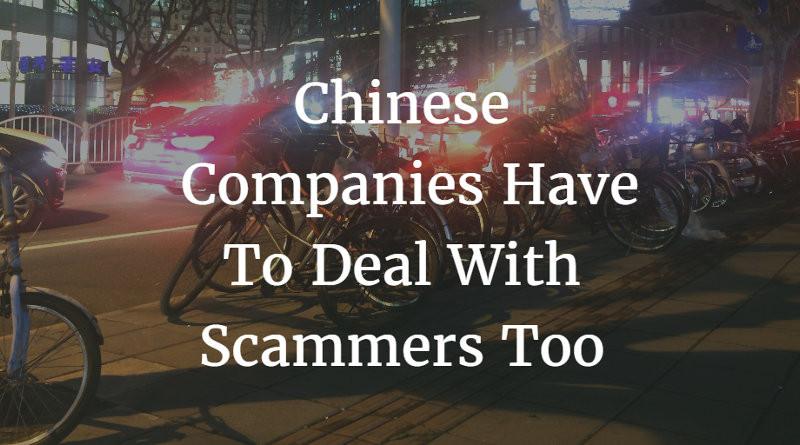 Many people doing business with Chinese companies are aware of the danger of scams. Less people consider the possibility, however, that Chinese suppliers also face the danger of being scammed.

In this interesting forum post, one Chinese supplier takes the time to warn others in the community about the various tricks and schemes used by scammers who prey on Chinese companies doing foreign trade.

We’ve translated and edited the post here, as it makes for interesting reading, and reminds us that Chinese companies face many of the same problems as their counterparts abroad:

Those of you working hard in the foreign trade industry were presumably rookies at one point, carrying the flag to faraway places and ending up getting thrashed by your clients. Many trials and tribulations await you on the road to becoming a respected foreign trader, so here I’ll give some pointers on how to overcome them and put a few more tricks up your sleeve.

They often start by sending enquiries on B2B websites, saying that they are very interested in your products and would like to buy them in large quantities. They ask you to quote a price and make all sorts of requirements on the details.

The next day (the more adept scammers wait about a week before replying) they reply saying they have a product type and want to know if you can produce it. Then they give you a URL, which is a phishing site which gets you to enter your email address and password.

They automatically record these and then they can see all of your emails, and some of them will set up automatic forwarding of emails to their own account which also deletes the originals in yours. Then they’ll contact clients using your name. So, when the website asks for your email address and password, the phishing rod is waiting to hook you.

These sound like fairly standard scams that we also receive on a regular basis. It’s inevitable that scammers are targeting both sides of foreign trade deals alike: buyers and sellers.

Interestingly, the forum post then moves on to what it describes as “pitfalls” when doing foreign trade deals. It gives a list of commonly overlooked contract clauses and other parts of a deal that novice traders often overlook, such as payment terms, shipping terms, penalties and so on.

Reading from the mindset of a buyer, the way the post describes perfectly reasonable terms as “pitfalls” is a little strange. For example, it describes letters of credit that require proof of shipping before payment is made as a kind of “pitfall”. To a buyer, that seems like a very reasonable term!

It’s interesting that sellers may see these kinds of terms as irritating pitfalls to be wary of. The post even makes out that the people putting them into contracts and terms are “hiding them deeply” and not letting them “leak out early”.

The post is certainly something of an eye-opener on the opposite perspective of forming trade deals.