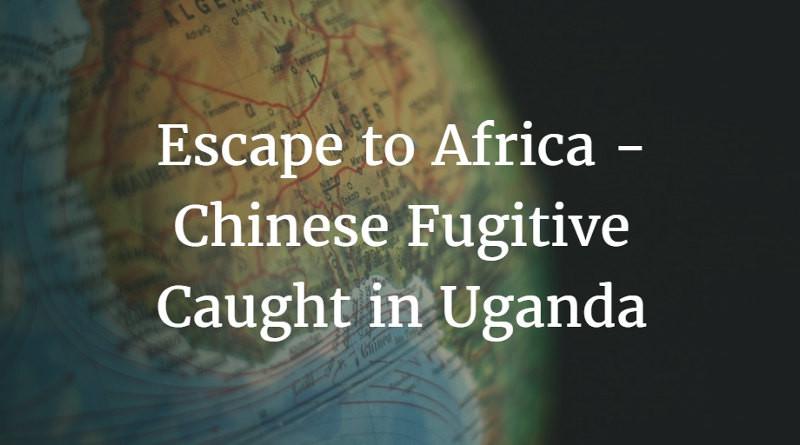 Recently, Chinese media has been reporting the fascinating case of Yu Youjing, a Chinese fugitive who was suspected of defrauding nearly RMB 200million (approx. USD 35 million) and fleeing to Africa.

After being tracked down and arrested in Uganda, the glamorous “beauty boss” has been escorted back to China to face charges.

In July 2014, police from China and Uganda reportedly arrested the Chinese fugitive Yu Youjing (Chinese name: 俞优静), who had been running a large foreign trade company in Yongkang, Zhejiang, China before fleeing to Africa.

Her company – Zhejiang Baige Import & Export Co. Ltd. (Chinese company name: 浙江百舸进出口有限公司) – was one of the largest trading companies in the area, with a reported export value of USD 50 million in 2011.

Until Yu Youjing’s disappearance, Zhejiang Baige Import & Export Co. Ltd. has enjoyed a good reputation and worked with hundreds of small enterprises in and around the region.

Yu herself was also well considered to be very capable and well regarded as a modern day “beauty boss”. Her sudden departure came totally out of the blue for her business partners and caused much confusion and anxiety.

It was a bank that had just granted Zhejiang Baige Import & Export Co. Ltd. a loan of around RMB 30 million that first raised the alarm bells.

The local police’s follow-up investigation disclosed that a total of five banks (including all four of China’s major state-owned banks) had loaned money to the company, with the loans amounting to approximately RMB 150 million in total.

In June 2014 China’s Ministry of Public Security released a red notice to Interpol seeking her arrest.

According to the company’s registration record, Zhejiang Baige Import & Export Co. Ltd. was established in 2004, specializing in the import and export of raw materials, timber, wine, food and agricultural products.

The current registered capital is RMB 5 million, and at the time of writing this article, the company’s business status was identified as “active” on the relevant government website.

Our research identified that in March 2014 Yongkang Court was found to issue an enforcement order to Yu Youjing, for the amount of RMB 10 million (approx. USD 1.6 million).

Chinese media have indicated that the local police bureau and court have frozen the company’s bank accounts and assets.

Yu Youjing established her company Zhejiang Baige Import & Export Co. Ltd. in her hometown of Yongkang, which is known as the “hardware capital” of China.

Like the world-renowned “small commodities center” Yiwu, Yongkang is another county-level city under the jurisdiction of Jinhua City in Zhejiang Province.

Yongkang has been a national hardware distribution centre since ancient times and in recent years has benefited hugely from a vibrant foreign trade market.

In January 2014, the volume of exports from Yongkang reportedly reached over USD 400 million.  According to a local governmental official, there are more than 17,000 companies in Yongkang with an import and export licence, among which 300 are trading companies.

Many local companies, especially SMEs, has cooperated with Zhejiang Baige Import & Export Co. Ltd. even after obtaining their own import-and-export licences as they preferred to outsource the complicated import and export procedure in order to avoid the cost and hassle of hiring trading professionals.

Yu’s sudden disappearance was a great shock to her business partners both locally and abroad and undoubtedly left many companies throughout the supply chain severely out of pocket.