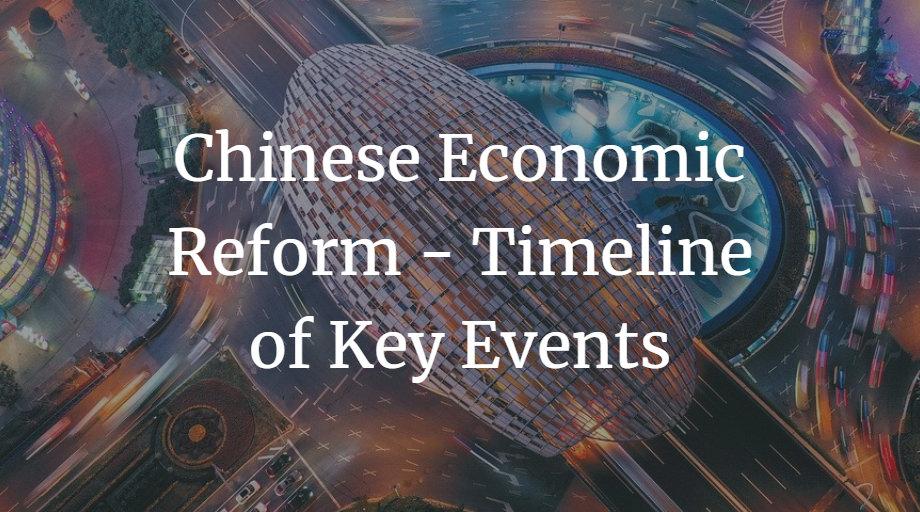 Launched by Deng Xiaoping in 1978, the decades long process of Chinese economic reform has transformed China beyond recognition.

This article highlights some of the most significant events during this period in the form of a year by year timeline.

Many events have shaped the extraordinary 40+ years of Chinese economic reform. Here are some key dates we have identified: