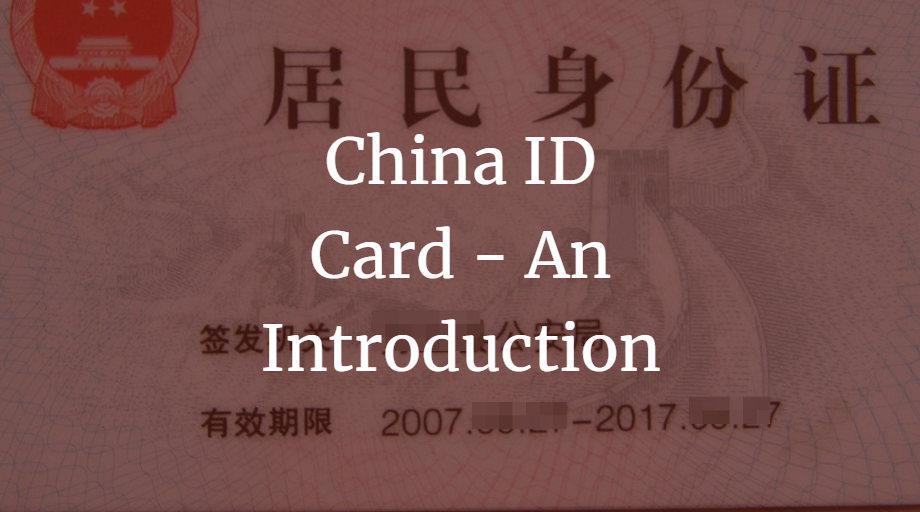 If you have done business with a Chinese company there is a good chance that their staff have provided you with a scan or photo of their China ID Card.

This ID Card, also known as the Resident Identity Card, is compulsory for all Chinese citizens and contains much information about the holder.

Each China ID Card has a unique 18-digit Citizen Identity Number and knowing this number alone can tell you the holder's date of birth, place of birth and gender.

What is a China ID Card?

The official name of the China ID Card is displayed on the front of each card in large Chinese characters:

Having an ID Card is compulsory for all citizens of Mainland China and most Chinese carry their card on their person most of the time.

The China ID Card is the size of a regular credit card, is of a standard design and contains important information on both sides.

Here is a sample of the front of a China ID Card:

Here is the back of the China ID Card, which usually contains a color photo of the individual on the right-hand side:

What Information is Contained in a China ID Card?

The following details are each displayed on the China ID Card:

Back of China ID Card

How does the China ID Card Citizen Identity Number work?

All Chinese citizens are issued with a unique 18-digit Citizen Identity Number which stays with them for their whole life.

This national identification code follows a set pattern from which some basic information can be determined, such as their place and date of birth.

Here is a breakdown of how the number is created:

The address code pinpoints to a specific administrative division (in most cases a district or county) where a Chinese citizen was born.

The first 2 digits of the Citizen Identity Number represents the province, the next 2 digits the city and the final 2 digits the district or county.

There are nearly 3000 different address codes so it wouldn't be practical to list them all here, but here are the province codes (i.e. the first 2 digits of the Citizen Identity Number) for each region of China:

Even if a Chinese citizen changes their hukou (household registration) to a different province, their citizen identity number doesn't change.

An interesting example of this is that older citizens of Chongqing have ID numbers beginning with 51 rather than 50, as Chongqing was carved out of Sichuan in 1997 to create a new province.

These 8 digits are simply the individual's date of birth in the format Year, Month, Day.

Interestingly with this 3-digit number, odd number are issued to males and even numbers to females. No other discernible information is revealed.

This digit is simply a check that the Citizen Identity Number is valid.

This website claims to generate valid China ID Card numbers and can also be used to identify all of the address codes.