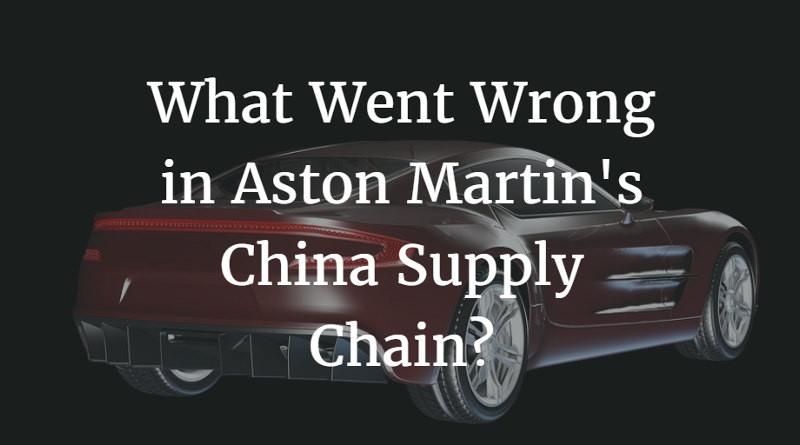 The Aston Martin China supply chain scandal has already done several rounds in the media, and can be summarised briefly as follows:

You can read more about the scandal from these sources:

To many observers, it seems quite incredible that this happened to such a well-respected brand and manufacturer. We decided to put our Chinese company research skills into use and look into the Chinese companies that supplied the counterfeit pedal arms to Aston Martin.

Following some background research into the story and the suppliers behind it, we were able to identify the three Chinese companies involved:

If the above is true (and the business registration record corroborates Kexiang Mould Tool Co.’s claim), then there appears to be something lacking in Aston Martin’s explanation of the supply chain issues. Kexiang Mould Tool Co. could not have been involved in the supply of counterfeit components if it didn’t exist during the time that those components are claimed to have been supplied. Of course, it is possible that Aston Martin ended up sourcing from an unregistered company, via its tiered supply chain. If that is the case, it raises questions about their due diligence practices in China.

After further research, it seems that Synthetic Plastic Raw Material Co. Ltd. is hard to identify conclusively. Chinese media are reporting that this company was not found at the address provided for it. The media have also back-translated the English name given for this company, producing “东莞合成塑料有限公司” (Dongguan Hecheng Plastic Ltd.). There seem to be no official registration records for any such company in the relevant government bureaus. However, there are online profiles for a company using such a name, with the address 樟木头镇莞樟路九洲塑胶A座, and giving phone numbers.

The same phone numbers appear to be shared by an array of other similarly elusive companies, one of which has the same location and product as the back-translated one given above: 东莞樟木头鸿亿塑胶原料经营部 (Dongguan Zhangmutou Hongyi Plastic Raw Material Business Office; “Hongyi”). This company was registered in December 2012, but has since been de-registered.